Mary Anne Wise’ has written a book is being published by, Thrums, headed by Linda Liggen. She created a textile periodical empire spanning over 40 years, sold Thrums and started publishing the works of women she’s followed; stories of folk art, indigenous textile traditions. She contacted Mary Anne and convinced her to write the book. It will be distributed in September 2018. Please watch our website for the release!

Mary Anne wanted to include her business partner, Jody Slocum in this story. This is the kind of work that neither one of them could do alone. It’s an amazing partnership. Jody and Mary Anne got started, Jody was working doing nonprofit work in Guatemala for 20 years, followed down in 2006. The pair happened to walk into something they couldn’t pretend they didn’t see, Mary Anne said. The pair did some textile shows for Guatemala, and didn’t realize it at the time, but were essentially crafting new lives for themselves. Slocum was a gardener and textile artist, Wise a textile artist. They walked away from that life and into a completely different one. The women they met were already doing traditional art work. Prior there was little market for traditional work, so Wise & Slocum tweaked product design to fit into the market of the US, as well as taught these women how to hook rugs. In Guatemala, fabric arrived by bale, where it was broken down at the distribution center. The fabric is called “paca;” recycled clothing. Women appear out of nowhere, swarming to buy the inexpensive clothing. Wise created a design curriculum where literacy and numeracy wasn’t a prerequisite. Many of the poor in Guatemala are isolated from education & opportunity, and frequently do not speak Spanish. Slocum is fluent in Spanish, but Guatemala is a country of 23 Mayan languages; only a handful of these languages can understand each other.

What started out being a weekend long workshop, lead to opening the shop, finding other international groups with a similar story. For example, women of Afghanistan, hassled by the Afghani military and Taliban. Wise & Slocum co-design with them to make their pieces attractive in our market. Mary Anne has been to most of these places, but not Afghanistan; such a dangerous place. Currently the pair represent women in 25 countries, and fund a nonprofit in Guatemala. Many of their artists compete, In July of 2017, many were involved in the International Folk Art market competition, 600 applicants applied for 160 positions. All of the moneys received will go back to Guatemala.

In the next few years Wise plans to apply the design curriculum to another medium, to expand opportunities for more and more women. Currently they aren’t certain what that will look like, but there is franchise potential as well.

At the beautiful shop in Maiden Rock, WI, they are expanding and showcasing rugs from Morocco and furniture from Afghanistan, and when they have people stop to see them they never want anyone to walk into the shop thinking there is nothing here they can afford. From small gift items, to rugs and furniture, there is something there for everyone showcasing exquisite one of a kind pieces. Cultural Cloth is a social enterprise; a mission driven for profit business.

If people would like to contribute to the nonprofit in Guatemala, they can do that by exploring the Cultural Cloth website. Wise feels strongly also about no artwork that they showcase being there on consignment; both Jody and Mary Anne have skin in the game.

As if Mary Anne wasn’t busy enough, she also recently has joined the Lake Pepin Legacy Alliance Board of Directors; a group in Red Wing with idea of finding solutions for Lake Pepin. “The economics of this region is driven by the river,” Wise noted. 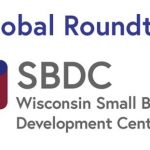 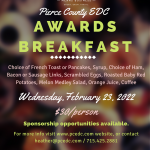