There are 2 village parks in the Village of Ellsworth:

Summit Hill Park: Summit Hill Park covers 16 acres of land in the midway district of Ellsworth. Access to the park is gained on W. Grove Street and off from W. Summit Ave. where parking is available. Picnic tables and shelters, grills, drinking fountain, playground equipment, tennis courts, softball field, volleyball courts, concession stand/restroom facility, and park benches are available at the site. Summit Hill Park is the site of the Bob Young Ball field and is the home of the popular Ellsworth Hubber Baseball Team. The park is used for passive recreation, as well as festival activities.

East End Park: Sometime in the early 1900’s, several of the East Ellsworth business people got together and built a dance pavilion in the East End Park, known as the Park Pavilion. It was built on pillars, because of the danger of floods in the park. The pavilion flourished until 1919 when the Fair Ground Pavilion was built and then collapsed. Later it burned. A pillar from the old pavilion still stands in the East End Park today. In 1922 the Ox-Bow Inn was officially opened in 1922, the tourist kitchen was built of logs near the Park Pavilion. Ox-Bow Inn still stands today and is used for various festival activities. 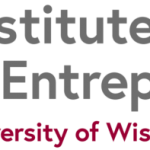 Increase Revenue: Power up the VALUE of your network